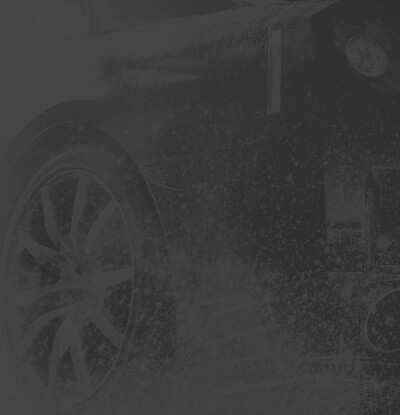 Get Special Offers and Savings

Get all the latest information on Events, Sales and Offers.

BIG SALE OUR STORE HAS LOTS OF PARTS ON SALE

The alternator is a generator of electric power in a car and is an essential part of the charging system. All internal combustion engine vehicles, with the exception of certain hybrids, have an alternator. When the engine is running, the alternator charges the battery and provides extra electrical power for the vehicle’s electrical systems. An alternator is coupled to the engine and driven by a serpentine belt (drive belt).

An alternator is a completely maintenance-free device. It can endure for up to 10-15 years without being replaced in some vehicles. They might fail, but the vehicle may continue to run on battery power for a short time if this happens. Once the battery charge is gone, the engine will stop running. Replacing the part with an OEM part is expensive, but there are options available.

The most typical indication of a charging system issue is a battery-shaped warning light (right) or the “CHARGE” symbol that appears on the screen while driving. When you turn on the ignition, this indicator should come on but go off as soon as the engine starts up. If it remains illuminated, there is an issue with your charging system. The charging system warning light does not directly indicate a bad alternator; nevertheless, alternator issues are very prevalent. Your mechanic will need to do additional testing in order to determine which component is defective.

When smashing the gas pedal, the dash lights and headlights dim at idle but brighten when the car is accelerated. This problem might not just be due to a weak alternator but also because of a faulty battery or poor connections at the battery terminals. The serpentine belt is loose and making whining/buzzing noise coming from the alternator is another indicator of an alternator issue. In some vehicles, it’s caused by a noisy alternator bearing. A bad alternator decoupler pulley in Jeeps/Chrysler vehicles can produce the same noises. Read our post about how long does it take to replace an alternator.

How to test your alternator

If the charging system passes the test, your mechanic will need to conduct additional diagnostics to determine whether it’s the alternator or another component causing the problem. Other charging system issues include a loose drive belt, faulty wiring, or a blown a fuse, among others.

Check the alternator output voltage with a multimeter

If no charging system tester is accessible, a basic voltage check may be done. The procedure for performing the test is as follows: With the engine switched off, check the battery voltage; then, after starting the engine, check it once more. When the engine is started, additional power from the alternator (see photo) causes the battery voltage to rise. If your car has a mechanical charging system and you have replaced its original electrical components with modern ones but still do not see a difference in performance or mileage jump after replacing them all at once.

Replacing the part on average car will cost from 2 to 3 hours of labor, depending on the difficulty, plus the part. A new aftermarket alternator will cost $140 to $350 (part only). An OEM part from a dealer will be more expensive.

Another choice is to have your alternator replaced by a professional. Your mechanic will remove the alternator and send it to an alternator/starter rebuilding facility.

Your mechanic will put the new alternator in after it’s rebuilt. It might take a little longer, but it’ll be cheaper because you just have to pay for the removal and installation ($70-$120) as well as the rebuilder’s fee ($80-$150). Alternator rebuild kits may be purchased online for $15-$50.

Another money-saving option is remanufactured alternators, especially if the supplier provides a good warranty. Sidenote: We have the best alternators in town.

This option is the best. It will always cost the most amount of money. You won’t have to worry about this choice. Our store has a wide range of parts.

Alternators are generally the size of a small melon and are close in weight. The alternators in most passenger cars and light trucks (including most hybrid vehicles) are built using an aluminum outer casing because the lightweight metal does not magnetize. This is significant because aluminum dissipates tremendous heat by generating electrical power to recharge the battery and keep the vehicle running smooth.

An alternator has vents on both the front and rear sides, which help to dissipate heat. This once again aids in the dissipation of heat. On the front of the alternator is a drive pulley. The crankshaft drives the drive belt, which rotates the rotor shaft’s pulley. In other words, when your car’s accessories require electrical power, an alternator converts mechanical energy generated by the engine into electrical power for them.

On the rear of the alternator, you’ll notice numerous terminals (or connection points in an electrical circuit). The most frequent terminals are as follows:

An alternator’s performance is directly related to its cooling. An older alternator will have external fan blades on the rotor shaft behind the pulley, which is very easy to spot. Inside the aluminum casing of today’s alternators, there are cooling fans that work in the same manner as previous versions do. These fans function similarly and use mechanical power from the spinning rotor shaft to turn on and off.

The diode rectifier (or rectifier bridge), voltage regulator, slip rings, and brushes all come into view as we begin the alternator disassemble. The regulator transmits energy generated by the alternator and regulates the amount of power sent to the battery. The brushes and slip ring assists in conducting current to the rotor field winding or wire field through the slip rings. Let’s open up a coconut now.

Free Shipping on Orders Over $99

Up to 40% OFF on Selected Items

Available for all Categories!

Best Guide: 8 Reasons About What Can Damage An Alternator?

Your car’s engine runs thanks to the power of the alternator. As the name… read more

How long does an alignment take to complete?

Mechanic working on wheel alignment You might be wondering, how long does an alignment take? The wheel… read more